Which is the most ancient language in the world?

Many civilizations grew and flourished in the ancient world while others faltered and failed or were conquered and absorbed into other cultures. While some grew into great civilizations, others merely turned to dust. These failed groups were either forgotten and will never be heard of again or remain only a footnote in ancient conquerors and scholars’ writings. 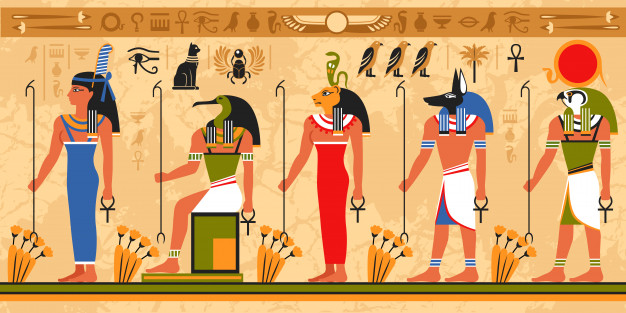 The actual spoken languages of these ancient people have been lost with time, the phonetics and pronunciations no longer a part of modern language causing many debates and speculations amongst modern-day scholars as to the actual sounds of these old tongues.

Although these languages and their dialects are now mainly forgotten by the civilizations, they belonged to have survived the test of time through written language. With hundreds of thousands of parchments, papyrus, inscriptions and carvings from tombs, temples, cities, and monuments worldwide, we can begin to understand these languages that give testimony to the outstanding achievements of these long lost people. Some of the writings have taken hundreds and even thousands of years to be translated. Even today, there are languages we will never know even existed. Still, most ancient writings have been translated, giving us a glimpse into our old brothers and sisters’ everyday life.

These old written languages are as diverse as the spoken ones and come in many forms. As languages differ in all parts of the world, so does the structure and execution of writing. From the first early forms of symbols being drawn humans have used this language to record events in their daily lives.

The evolution of written language started with symbols or pictures representing what they were or seen to be. These pictographs eventually evolved from actual visual representations to specific images representing an idea or concept known as ideographs. Finally, in the process, they began to represent the sounds of real vocal language. Although we cannot be accurate when the written forms came into being a form of language, it seems to be by popular thought around 4000 BC.

The Early pictographs quickly evolved and were stylized rotated and sometimes simplified into new forms that were impressed into clay tablets to form Cuneiform script. All around the different world civilizations developed various forms of writing systems; some never evolved past the symbols and signs of the pictograph stage while others flourished and began to form the basis of alphabets and complex sound structures. The development in trade brought about cross-cultural relationships between civilizations. The Sumerians of Mesopotamia had developed a writing system that used pictograms, as had the ancient world’s Egyptians. The Semitic peoples of Mesopotamia and Akkadian adopted the Sumerians signs.

The dialects of Akkadian are believed to be one of if not the earliest known Semitic language. This Semitic language would eventually be used by the Babylonians and the Assyrians. The Akkadian characters evolved and continued to represent syllables with defined vowels. In Egypt, the pictograms later named hieroglyphs by the Greeks (sacred carving) developed. Simpler versions of the writings appeared then more rapid forms of writing with eventually a Greek and Egyptian state appeared (hieratic, demotic and Coptic). Unlike Akkadian, the early Egyptian syllabic system had only consonants and no final vowels. The hieroglyphs could be bilateral signs and even trilateral signs. Others were proving that at the end of the phrase gave a sense of the word as a lot of them could have the same sound or spelling, and others were ideographs. When a pictograph stands for sound in a word, it is called an acrophony. These were the first steps of the Egyptian alphabet. Consonantal systems were used with the syllabic and ideographic systems. Texts in a cuneiform script have been found that are also consonantal.

Do You Love Me Enough To Let Me Go